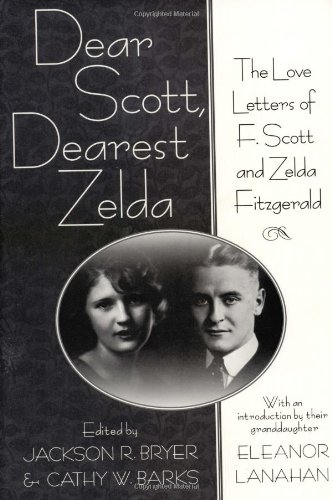 "Once we were one person," F. Scott Fitzgerald wrote to his wife in the last years of their marriage, "and always it will be a little that way." While this carefully annotated collection (edited by two scholars at the University of Maryland) is dominated by Zelda's letters—more of hers are extant—it provides an intimate account of an enduring romantic union (as opposed to the dirty laundry of the Fitzgeralds' spectacular Jazz Age revels and rows or Scott's descent into alcoholism and Zelda's into mental illness). Their cross–Mason-Dixon Line courtship letters begin in 1918, with Zelda displaying her ardor and "mental wickedness" and Scott responding in brief but affectionate telegrams. The Great Depression coincided with Zelda's psychological malaise, and her letters from the '30s are penned from various sanitariums and, later, her family's home in Alabama, where she convalesced under her mother's care. Scott's letters are sufficiently represented only in his final year, when he was exiled to Hollywood as a scriptwriter and had a secretary to keep copies. Among the mutual assurances of love and the occasional long-distance tiffs, Scott and Zelda sometimes discuss art—Zelda's search for self-expression in writing, dance and painting; Scott's desire to be "an instrument" for "dark, tragic destiny." Although Scott's letters, typically written in his high lyric style, are unfortunately outnumbered, this collection offers many previously unpublished epistles and photographs as well as an introduction by the Fitzgeralds' granddaughter, and is a moving portrait of a two-decades-long, complicated and deep love affair.