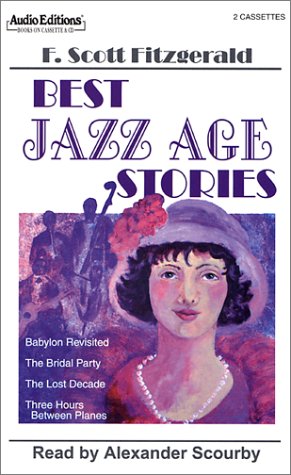 One of the most acclaimed audio narrators of all time, the late Scourby recorded more than 500 books for the blind for the Library of Congress and inspired the American Foundation of the Blind's annual Alexander Scourby Award for excellence in narration. His exceptional talent shines through in these recordings. Scourby does not create character voices; instead, he offers a subtler, more sensitive kind of reading. These stories all take place in the early 1930s, and the background of a decade of wealth and excess, followed by an economic crash, complements the theme: regret for past mistakes and a desperate hope that it's not too late to repair them. In "Babylon Revisited," a now-responsible and mature man tries to get custody of his daughter, but his history of drunken debauchery comes back to haunt him. "The Lost Decade" presents the mystery of a man who seems to have missed the past 10 years. In "The Bridal Party," the protagonist tries to win back his former love on the eve of her wedding to another man. "Three Hours Between Planes" concerns a traveler on a layover who seeks out his childhood crush. In all of the pieces, the expressiveness, nuance and empathy in Scourby's voice is unmatched.