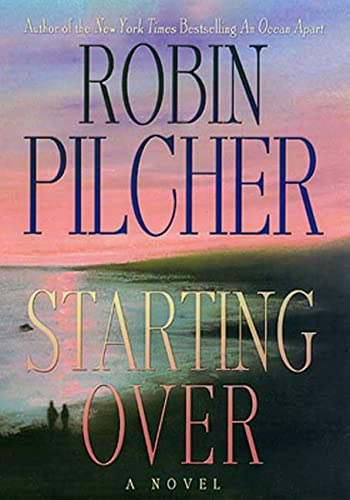 Pilcher's sophomore—and sophomoric—effort (after his bestselling ) is all about second chances: second chances for romance, of course, but also for loving relationships between fathers and sons. The central soap revolves around Liz Dewhurst, now living on the family farm in the Scottish coastal village of Fife, following the bustup of her 18-year marriage. Potential love interests include an older Canadian professor who becomes her boarder, his estranged son, and Gregor, Liz's adulterous ex, who's always hovering around the sidelines. Meanwhile, the future of the farm is in question, with developers threatening to build a golf course in its place. Clunky storytelling, unlikely dialogue from characters who speechify rather than speak ("You can't change destiny, lass. You can't get your pebble back once you've thrown it") and a lack of tension are prime culprits in leaching the pleasure from a book presented as the novelistic equivalent of easy-listening music. Gregor is the closest thing to a villain here, but even he is a decent sort at heart. Furthermore, American readers may find it hard to credence American characters made to say things like, "I was just being bloody-minded." Although the last line of the book suggests otherwise ("Life does have a funny way of throwing up the least-expected things"), there's nothing unexpected here.