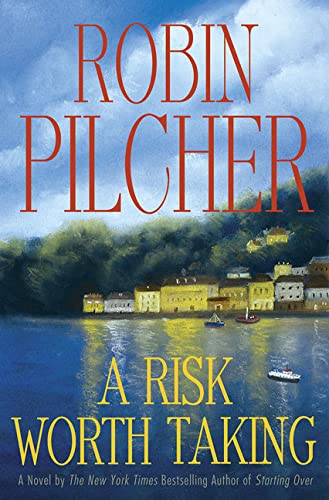 A RISK WORTH TAKING

Pilcher ( ; ) crafts another engaging, happy-ending tale in the tradition of his mother, beloved British novelist Rosamunde Pilcher. Dan Porter was a successful London investment banker until the dot-com bubble burst. Now his portfolio's crashed, he's lost his job, and his beautiful wife, Jackie, the managing director of a design firm, is giving him the cold shoulder. His son, Josh, has dropped out of college, and his daughters Millie and Nina are miserable in the public school that dwindling assets force them to attend. A fortuitous inquiry into the sale of a trendy trousers factory in bleak Fort Williams, Scotland (sparked by an article about owner Katie Trenchard, which Dan reads in ), leads to interim employment at Seascape, the prosperous prawn sales business belonging to Katie's disabled husband, Patrick. As Dan's getting drenched in Scotland, Jackie starts spending more time with Stephen, the design firm's young financial director. Pilcher relies heavily on coincidence, but readers will probably forgive strains on narrative credibility in their eagerness to root for Dan. Dan, Katie and Patrick all get along beautifully (barring one desire-driven slip between the first two, which only proves them human); Josh, who went north with his father, swiftly discards his slacker past for industriousness and affection for a young Latina co-worker, and Dan's stereotypical teenage daughters show emerging admirable traits. Jackie, on the other hand, sins and isn't sorry, so contented readers don't care what happens to her. They will care about Dan, though, and his children and friends, and will approve of Dan's belief that risks are worth taking, and that life can be a great game.