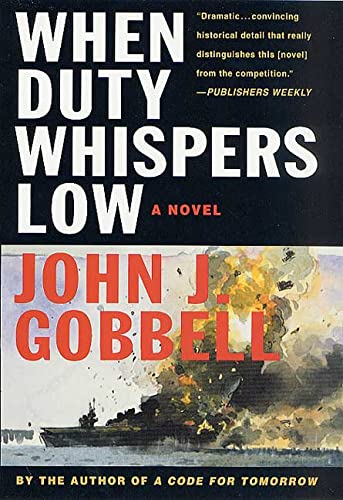 The fourth novel from the writer of historical military thrillers (, ) combines two actual events from 1943—the killing of Isoroku Yamamoto and the introduction of proximity fuses into antiaircraft artillery shells—which the author (himself a veteran naval officer) highlights as watershed moments in the Pacific theater of WWII. Opening in the wake of the Japanese withdrawal from Guadalcanal and the attendant brutal naval battles, the novel follows the story of Comdr. Jerry Landa and Lt. Todd Ingram, the skipper and executive officer, respectively, of the U.S.S. , a destroyer on patrol in the notorious "Slot" of New Georgia Sound. Landa's brother, Josh, working on top-secret proximity fuses for American antiaircraft shells, is killed during a research accident. When ammunition with the new fuses turns up at the , the grieving Landa prohibits their use in his ship's guns. Predictably, the is crippled in a Japanese air attack and forced to beach on an island. A subsequent battle with Japanese Marines and a dramatic evacuation by PT boat leads to a race between navies to get to the store of the new ordnance in the 's hulk. Extensive subplots featuring the cast's many principals (Landa's romance with the widow of one of his KIA friends and Ingram's stalking by a U.S. government assassin over a security breach) round out the action, but it is the convincing historical detail—from the grim Guadalcanal mortality chart to the "monster" battleship and the famous victory missive"Pop Goes the Weasel"— that really distinguishes this book from the competition.