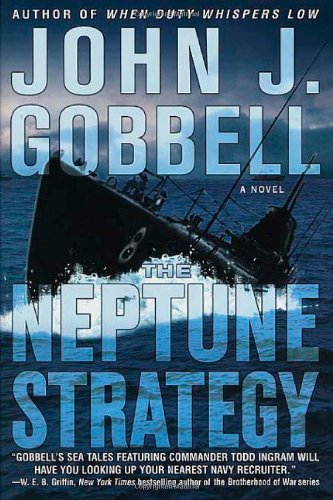 Gobbell's fourth WWII naval adventure (after ) brings series hero Todd Ingram up to the rank of commander and near the end of the war. Datelined chapters span the months from February to October 1944 and skip from California to Madagascar to France. As Ingram's destroyer, the U.S.S. , cuts through the north Pacific, it's attacked by a Japanese dive bomber. Ingram is rescued from the waves, but since it's by the Japanese submarine I-57, his troubles are by no means over. In one sense, Ingram's war is at an end; in another, it's just beginning. A test of wills as well as of physical strength and endurance unfolds for Ingram at the hands of his captors, who run the gamut from humane to sadistic. In nice counterpoint to this plot line is the experience of Capt. Jeremiah "Boom Boom" Landa, of the U.S.S. . Landa is assigned to a full-tilt espionage adventure (the mission of the title) involving Nazi U-boats, Swiss banks and even a cameo appearance by Arturo Toscanini. Gobbell's robust, colorful prose bears more of a resemblance to that of Patrick O'Brian or C.S. Forester than to the language of the gritty, laconic men-at-war tales the novel otherwise models itself after. The story covers an impressive territory, supplemented by multiple maps and a comprehensive list of characters, identified by ship, location, vocation and nationality. This is a solid addition to Gobbell's developing war chronicle, as much historical fiction as military adventure.