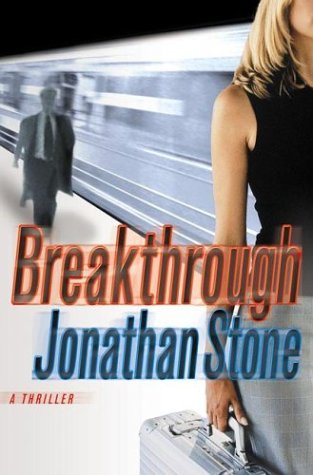 In Stone's convoluted third Julian Palmer thriller (after 2001's ), the impenetrable nature of the crime and the elliptical writing style perfectly complement one another. Tom Hartley, an appealing if not riveting, unassuming guy of 40, lives with his mother and commutes from the suburbs into New York to keep his printing business alive. One day on the train, he becomes intrigued with a beautiful stranger, Laura Hodges—and her papers. He realizes he can make some money by using the information she has unwittingly shared with him. Indeed, Tom makes a big profit. His source, however, is not as fortunate: Laura dies "after a brief illness," reads her obituary. Suspicious, Tom searches Laura's house and finds a mysterious silver cylinder. When his house is trashed and his mother terrorized, he realizes the cylinder, now out of his hands, is valuable. Enter the engaging Julian Palmer, a police detective on maternity leave, tough and unsentimental (it's a little disappointing when later she gets sappy about an affair, endlessly ruminating on its future). Julian doesn't simply visit a case, she lives it, and it's this dedication that makes her good at her job. The plot becomes increasingly complex and at times difficult to follow, but the delicious twists are satisfying in the end.