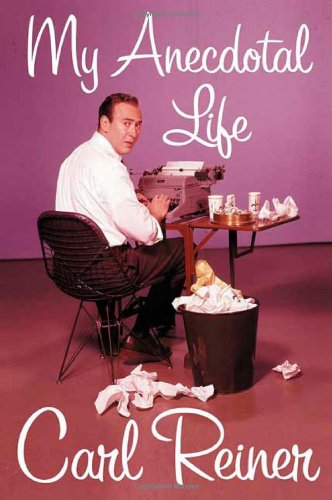 Reiner (), creator and co-star of the as well as the director of many film comedies, has collected here some memories of his long career. In short takes, he revisits his first jobs running entertainment programs at senior camps, his first breaks into show business, his favorite dinner parties, his most memorable faux pas and his great times with other grand old men of comedy, from George Jessel to Mel Brooks. He intersperses career tales with family vignettes: short but touching accounts of his father's inventions, his mother's illiteracy and his brother's final illness. While most of Reiner's ventures were, by his account, smash successes, he includes a few mishaps—like the time he arrived a day early for his high school's Hall of Fame ceremony—in keeping with his epigraph, "Inviting people to laugh with you while you are laughing at yourself is a good thing to do. You may be the fool but you're the fool in charge." Hearing a story about something that people found funny, however, is not the same as hearing a funny story. Reiner, who's now 81, spends most of this book patting himself on the back for all the things that went so well in his life. Fans will enjoy it, although for real laughs they'll do better renting at the video store.