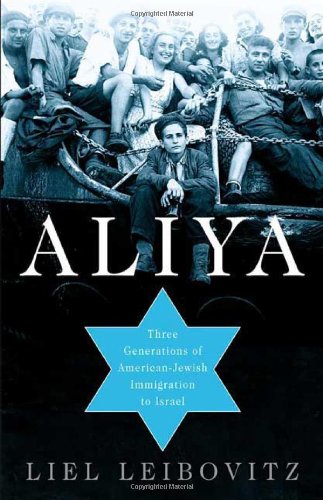 As a 10-year-old Israeli, Leibovitz thought his American cousins had it all: freedom, prosperity and McDonald's. So he was shocked to learn that his cousins were abandoning their New Jersey "oasis" for the blood-soaked land of Israel. The question of why anyone would make such a move haunted his journey to adulthood, and now he attempts to explain this phenomenon, known in Hebrew as of diaspora Jews leaving comfortable homes to immigrate to Israel. He concludes that the answer "simply isn't available to the cognitive faculties. It must be felt." Journalist Leibovitz follows the tear-stained stories of several immigrants. Marlin and Betty Levin came as a young couple in 1947, before the state of Israel was even established; Brooklyn-raised Mike Ginsberg arrived in 1969 and participated in the Yom Kippur War; the Kalkers, a family of four, made in 2001, during the turbulent second intifada. With a flair for storytelling, Leibovitz richly illustrates these lives, deftly detailing their emotional journey from carefree Americans to proud Israelis. For readers and for Leibovitz himself, whose life path took him, conversely, from Israel to America, the book is a powerful reminder of the unique yearning that has defined and united Jews through a 2000-year exile.