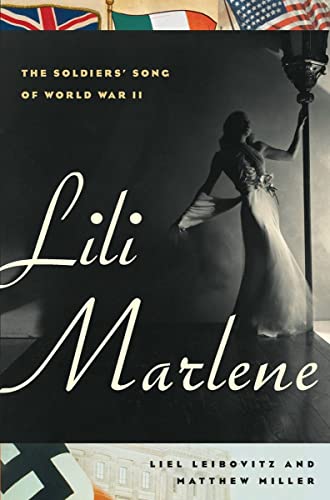 In 1941, a German-controlled radio station in Belgrade broadcast a recording that soldiers later referred to affectionately as “Lili Marlene.” Leibovitz ( ) and Miller (a Columbia School of Journalism student) offer this fascinating history of “one of the world's most recorded tunes,” detailing the careers of the artists involved in its creation. The original lyrics, based on Hans Leip's poem “Song of a Young Sentry,” were set to music by Norbert Schultze and evoked “every woman left behind at home to wait and worry.” Singer Lale Anderson's rendition transfixed soldiers from both sides of the war throughout Europe and North Africa. So potent was the song, it caused unofficial cease-fires when it played nightly. Set against the rise of Nazism, the authors paint chilling portraits of the megalomaniacal Joseph Goebbels and the cruel machinations of German culture boss Hans Hinkel. Despite the Nazis' attempts to censor the words, or the Allies' rewriting the lyrics, the original recording captured the “true essence of the song.” “Lili Marlene” was “a reminder of unity, hope, and brotherhood,” bringing soldiers to tears and comfort to the women left behind.