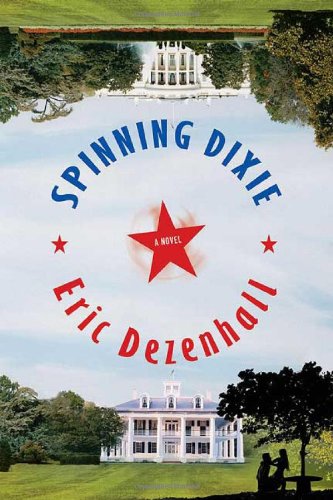 Dezenhall's recurring narrator, Jonah Eastman (last seen in 2005's ), has risen from his Jersey mob upbringing through the pollster ranks and is now President James Lee Truitt's press secretary during a time of upheaval: it's 2005, and the war on terror rages (a suicide bomber attacks a Phillies game), though the war in Iraq is noticeably absent. After a string of irreverent comments about terrorism, Jonah is given the boot, and as he's packing up his office, his high school love, Claudine Polk, asks for his help in saving her family's Tennessee plantation. Jonah, propelled by a looming midlife crisis, launches a massive spin campaign involving the president, political focus groups, thousands of Civil War re-enactors, the National Guard and the Air Force in order to help Claudine, though her motives for seeking him out become suspect. The characters tend toward stereotype—there's a Southern belle, a Southern eccentric, a good ol' boy and a good-humored-and-wise black servant—and the writing is littered with pop culture references that aren't always accurate. Jonah's absurd campaign will keep readers piqued, but the backstory—the mob, Freemasons and Khe Sanh figure in—is unnecessarily convoluted.