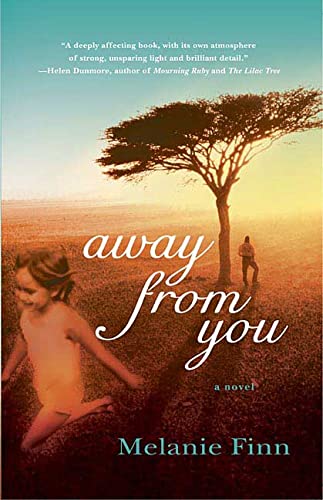 Ellie Cameron, heroine of this well-crafted debut novel of self-discovery, is living aimlessly in New Mexico when she receives a letter from Nairobi, Kenya, informing her that her father, John Cameron, has died and left her his fortune. She flies to East Africa, where she was born and raised until she was 12, when her mother, Helen, fled, taking Ellie with her. Ellie arrives to find her old home gone and a mini-mall erected on the grounds. But the white house next door still stands, where she'd seen Mrs. McMullen, "the cord of her pink bathrobe around her neck." Ellie's father was accused of murder, but the death was ruled a suicide. The slow-paced but engrossing narrative shifts back frequently, sometime too much so, from Ellie's childhood with her expat parents, who indulged in alcohol and infidelity and abused their children and their native servants, to the present, with finely wrought details of white and black lives that are fascinating and authoritative (the author spent her own first 12 years in Kenya). The innovative theme turns on Ellie's self-defeating anger at a father she never understood in life, while the denouement suggests a possibility of healing. An exotic setting, a solid story and lovely prose add up to a promising first fiction.