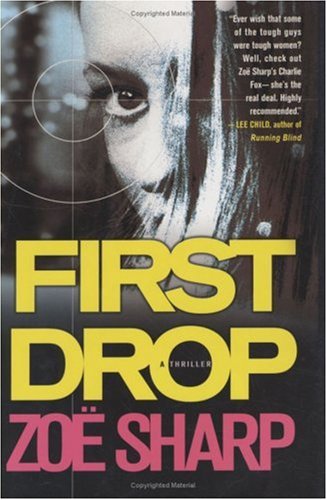 Sharp's aim is dead on in her stunning U.S. debut, the fourth book to star ultra-cool biker chick Charlie Fox. The no-nonsense, 26-year-old Charlie, a former British Army soldier (and survivor of a gruesome gang rape) has joined the protection agency of her ex-lover, Sean Meyer. On her first assignment, Charlie finds herself on a too thrilling roller-coaster ride in Florida, guarding geeky 15-year-old Trey Pelzner, son of Keith, a computer whiz working for a small software company specializing in accounting and data manipulation. After an attempt is made on Trey's life, Charlie calls for backup that turns out to be anything but and soon discovers that Keith—the developer of a faulty stock indicator program—has vanished, as has Sean. Action-packed, tightly plotted and with an irresistible first-person narration, this crisp, original thriller should win Sharp ( , etc.) plenty of American fans. .