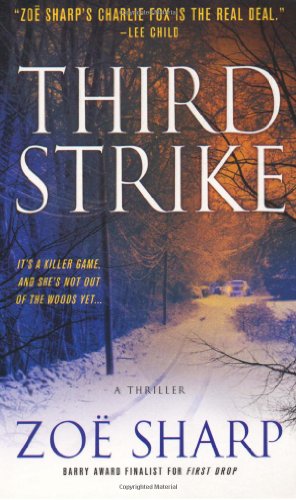 At the outset of Sharp’s gripping third Charlie Fox thriller (after ), the British soldier-turned-bodyguard, now settled in New York City and working for an exclusive close-protection agency, is shocked to see an interview with her father on the morning TV news. A prominent U.K. orthopedic surgeon, he is under investigation after the death of one of his patients. Despite a large rift between Charlie and her parents, she decides that she can’t stand by and allow her father to become a scapegoat for what she learns is a coverup involving a shadowy government agency and the testing of a controversial new medical treatment. Joined by fellow bodyguard and boyfriend Sean Meyer, she encounters some of the most ruthless criminals of her career as she seeks to exonerate her father. Sharp expertly captures the frenetic energy of New York without sacrificing her trademark British wit. Charlie is as tough as she is damaged, and readers will kill for the next installment.