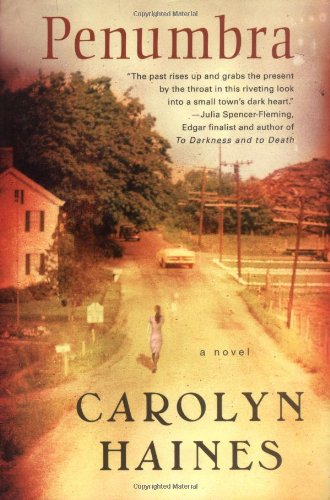 Far from Haines's fluffy Southern cozies in tone, if not geography, this thriller from the author of aims at a noirish literary quality it only partly achieves. On the plus side are powerful scenes of suspense and a moody evocation of time and place. Eschewing anything so obvious as naming an actual date, Haines makes it clear through subtle clues that the action is happening just after the end of WWII. The entrenched racial structure of a small Mississippi town of that era is similarly well done. Chief among the novel's shortcomings is the heavy-handed rendering of the love story between a mixed-race beauty, Jade Dupree, and all-white deputy Frank Kimble. Other interracial relationships are integral to the story, but the tantalizing possibility of a strong unifying theme is lost in banality and cliché. After society queen Marlena Bramlett, Jade's white half-sister, is brutally raped and Marlena's young daughter kidnapped, the plot thickens like cold grits. Haines loses control as her story builds to a discordant conclusion, which could be setting up a sequel but otherwise fails to satisfy.