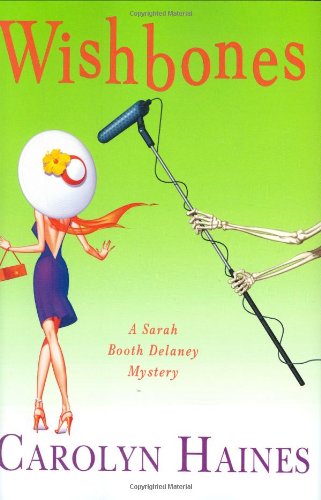 Sarah Booth Delaney heads for Hollywood in Haines's entertaining eighth cozy to feature the Zinnia, Miss., PI (after 2007's ). Lucky enough to be cast as the female lead in the remake of the movie , Sarah Booth is reunited with her onscreen and offscreen lover, Graf Milieu, but she also becomes the prime suspect in the murder of a woman whose body is found near her and Graf's rented home. When the cast travels to Costa Rica for filming on location, Sarah Booth discovers her family ghost has followed her. A second ghost, which resembles the director's deceased wife and appears before someone suffers serious injury, adds to the paranormal mischief. The chemistry sizzles between Graf and Sarah Booth as she sets out to discover exactly who's trying to sabotage the film.