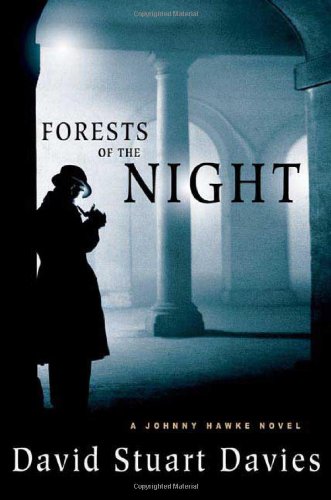 Forests of the Night: A Johnny Hawke Novel

Noted Sherlock Holmes expert Davies ( ) launches a new series with this competent, if unspectacular whodunit set in WWII London and featuring Johnny Hawke, who has just started a new career as a PI after a misfiring gun cost him his left eye and a career in the army. His caseload is fairly run-of-the-mill until Eric and Freda Palfrey enlist him to trace their missing 27-year-old daughter, Pamela. Hawke soon finds that the plain, middle-class girl had been living a double life, and that her secret role as a high-class prostitute has led to her death, probably at the hands of one of her clients, one of whom is a prominent film star. With its decent atmospherics, this novel compares favorably to John Gardner's WWII Suzie Mountford series ( , etc.), but Davies's workmanlike prose doesn't match that of Charles Todd's Ian Rutledge series or Jacqueline Winspear's Maisie Dobbs mysteries.