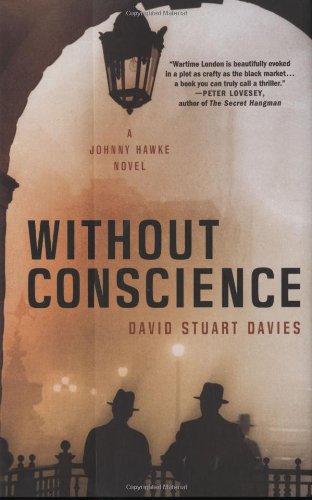 Without Conscience: A Johnny Hawke Novel

Sherlock Holmes expert Davies relies too much on contrived plot twists in his second WWII novel to feature PI Johnny Hawke (after 2007’s ). Sandra Riley, who suspects her husband, Walter, of infidelity, hires Hawke to investigate. No sooner does Hawke learn that Walter is a secret cross-dresser than Hawke witnesses his murder. The heartbroken widow then asks Hawke to find the killer, a probe that intersects with the manhunt for army deserter Harryboy Jenkins, whose crime spree has already claimed the lives of a vicar and a police officer. Meanwhile, Peter Blake, an orphan Hawke once rescued who’s targeted by bullies at his school, flees to London to seek out his hero and protector. Davies repeatedly sets up coincidences to advance the plot, including a link between Hawke and Jenkins that leads to Blake’s being taken hostage. Those looking for a nuanced view of the English home front on a par with, say, TV’s may be disappointed.