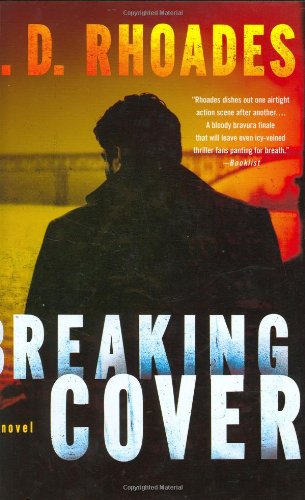 Shamus-finalist Rhoades ( ) delivers a gripping stand-alone thriller. Undercover FBI agent Tony Wolf had infiltrated a meth-dealing biker gang until his cover was blown; since then, he's been living under an assumed name outside Pine Lake, N.C. Not even his wife or his employers know where he is. One day while out for a drive, Wolf spots the face of one of two kidnapped young brothers in a van's rear window. Wolf follows the van to a trailer, where he makes short work of the boys' kidnapper. By so doing, Wolf reveals his location to those who have been watching and waiting for him to reappear—drug-crazed bikers thirsty for vengeance, FBI agents hoping to either rescue or silence him and an aggressive local reporter. Wolf proves to be the sort who, once cornered, is far more deadly than his pursuers could have imagined. The action escalates to a powerfully violent, powerfully satisfying conclusion.