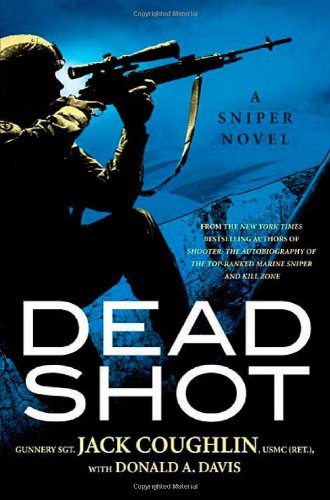 In this exciting sequel to 2007's from former marine sniper Coughlin, Gunnery Sgt. Kyle Swanson is supposedly dead and buried at Arlington Cemetery, allowing him to operate independently under direct Pentagon command. When Juba, an al-Qaeda sniper as skilled as Swanson, assassinates an informant in the heart of Baghdad's Green Zone, Swanson and his team are sent to track down the possible WMD cache the informant was killed to protect, no matter where it may be. The cache's reality is verified by a horrific terrorist attack in London that may just be a prelude to further jihadi attacks. Coughlin delves into the psyches of both of his protagonists: one a veteran almost as dead emotionally as he is supposed to be physically, who finds new hope in a surprising place; the other a British Muslim ordered at age 16 by Osama bin Laden himself to become a mole “ready to strike when needed.” Military thriller fans will find the duel between two well-matched adversaries compelling.