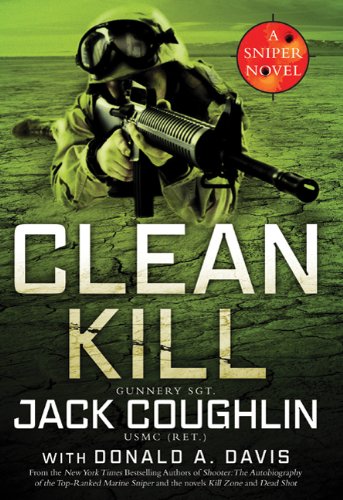 Former Marine Coughlin and bestseller Davis combine a well-paced, credible plot with a realistic portrayal of modern combat in their third Sniper novel (after ). When two TOW missiles hit a Scottish castle where the Saudis and Israelis are concluding a historic peace treaty, the attack signals a coup against the ruling House of Saud by Wahabi fanatics outraged by the inroads Western liberal ideas are making in the oil-rich kingdom. Gunnery Sgt. Kyle Swanson and his team assume the task of shoring up the Saudi military while also tracking down those behind the carnage in Scotland. This brings Swanson into conflict with the head of the Saudi religious police, a brutally misogynistic thug who’s a cat’s-paw for an old enemy, Juba, a former British sniper turned terrorist. While some of the enemy come off as caricatures, the authors deftly handle the rivalry between Swanson and Juba. The climax may be a bit of overkill, but it will leave readers cheering.