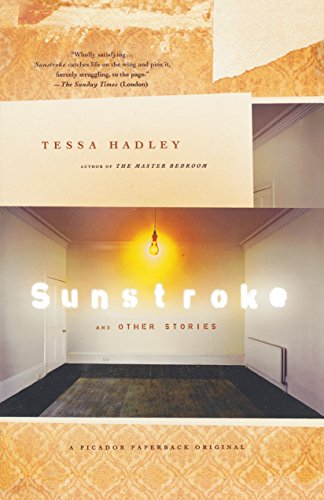 Sunstroke and Other Stories

Ten elegant stories from Welsh author Hadley (Everything Will Be All Right) explore the various stages of women’s experience. The title story, set at a seaside cottage in Wales and told in an austerely omniscient voice, tracks two attractive early-30ish mothers, one married, the other partnered, who each begin a flirtation with a visiting doctor friend. In “Mother’s Son,” the other woman in an adulterous affair that ended 20 years before finds herself ruefully counseling her grown son—the product of the affair—on dealing with his romantic troubles. Each of these beautifully crafted tales (some set in the 1970s) encapsulates a tender, transformative moment for these real characters, such as the provincial vicar’s daughter in “Buckets of Blood” sent up to visit her older sister in Cambridge for the week who finds, to her horror and disappointment, her sister reeling from a miscarriage that puts her, like their worn-out mother, among the “ranks of women submerged and knowing amid their biology.” In another tale, a man tracks down the now matronly woman who flirted with him when he was a blushing 13-year-old on a seaside holiday with his family 25 years before. Hadley’s eerie, knowing portrayals speak to the heart as much as the mind. (Aug.)