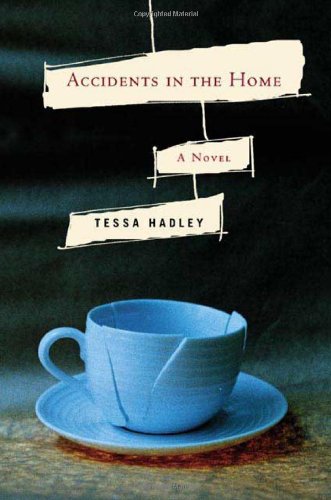 ACCIDENTS IN THE HOME

Hadley weaves characters' lives and sensibilities into an affecting tapestry of love, loss, pain and introspection in her debut novel, a den of consequence for actions and events that are not really accidents at all. Clare Verey is a martyr, a near-adultress and part of a family train wreck that began with her father's first marriage and is still on its way to an explosive end. Clare's quiet life in the English countryside with husband Bram and their three children turns upside down when her glamorous best friend, Helly, arrives with a new boyfriend, David, and Clare begins to feel suffocated by her own ordinariness. Clare's preoccupation with David grows simultaneously with her contempt for men and motherhood, and a dark, frantic mood. A complex family tree reveals Clare's marital troubles to be symptomatic of her father's views on love, sex and marriage. Stepmothers and stepsiblings provide multiple foils for Clare's obsession with the ideals of family life and relationships. Her younger sister, Tamsin, brushes thoughts of her stillborn baby and dead boyfriend under a carpet of theater tickets and expensive clothes; half-brother Toby is disturbed by his mother's relationship with an abusive woman and by the chaos in Clare's domestic life; Graham, Clare's father, and Linda, his latest wife, square off against each another in a battle of wills. Though Hadley and her characters are preoccupied with irony, something that doesn't fully manifest itself in the novel, their stories are compelling and rich in the minutiae of family life.