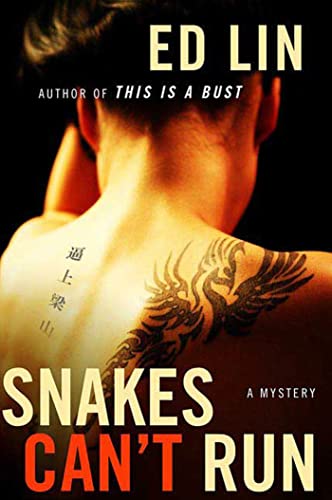 Set in New York City in 1976, Lin's accomplished second novel to feature NYPD detective Robert Chow (after 2007's ) finds the Chinese-American cop, who's still haunted by memories of his service in the Vietnam War, relegated to undercover work posing as a Con Ed worker. Meanwhile, other officers in Chow's precinct are focused on apprehending the FALN terrorists who set off a bomb right outside police headquarters. The murders of two Asian men, who are shot and dumped under the Manhattan Bridge, take Chow away from the drudgery of his undercover assignment and onto the trail of the head of a ring of human smugglers known as snakeheads. Lin portrays the police, including his lead, warts and all, and paints a convincing picture of Manhattan's Chinatown. Readers interested in the integration of Asian-Americans into American society, as well as those who like gritty procedurals, will be well rewarded.