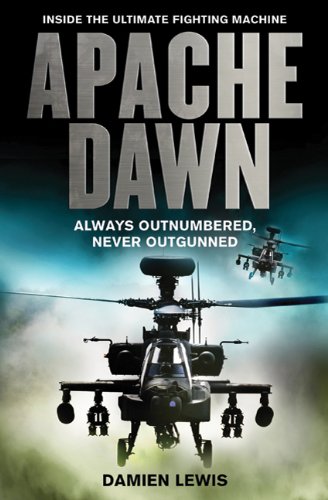 Veteran war correspondent Lewis ( ) chronicles the dramatic story of two Apache attack helicopters in Afghanistan in this intense and sobering narrative. Lewis focuses on the four pilots of a single flight—identified by its radio call sign, Flight Ugly—of the British Army Air Corps's 622 Squadron as they deployed to Afghanistan's remote and rugged Helmand Province for a 100-day tour in the summer of 2007. The British had recently acquired the state-of-the-art Apaches in order to move away from a “static platoon house strategy” and aggressively “take the fight to the enemy.” Battling extreme heat, sandstorms, altitude and exhaustion, the crews of Ugly Five Zero and Ugly Five One flew scores of missions that pushed Taliban forces out of the Helmand River valley. Drawing upon extensive interviews with the pilots and combat diaries, Lewis vividly recreates the deft skills and steady nerves demanded of helicopter pilots in combat in the tradition of Robert Mason's Vietnam War classic, , and Ed Macy's . Military and aviation enthusiasts will appreciate this fast-paced, eloquent account of modern war.