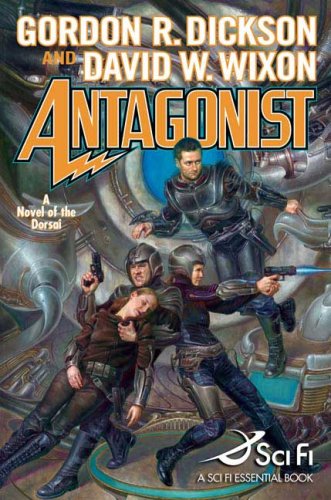 Gordon R. Dickson fans were used to years of anticipating each installment in the Childe Cycle, begun with in 1959, but they may not feel this latest volume, completed by Wixon after Dickson's death in 2001, is worth the 13-year wait. The "classic" space-opera vibe of the series is sliding rapidly toward "outdated," complete with heavy oversized void pistols, planetary shielding and a lone female protagonist, the inscrutable Antonia Lu, who exists mostly to agree and sleep with her half-brother, Bleys Ahrens. The creepily persuasive Bleys, last seen in (1994), is increasingly megalomaniacal, so obsessed with his plan to save the human race that his uncle's disapproval and his brother's possible betrayal barely register. In Wixon's hands, Dickson's journalistic style becomes long stretches of exposition punctuated by disaster. SF readers who have come to care about Bleys may be unable to turn away from his slow moral decline; newcomers are unlikely to be captivated by it.