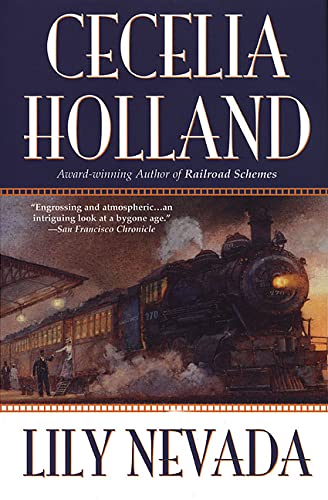 Once again, the charming Lily Viner (aka Lily Nevada) brings a distant world to life: in this adventure it's California of the 1870s. As in the prequel, Railroad Schemes, fiction and history are neatly interwoven, with a central theme being the new railroad connecting the East Coast to the West. Lily is traveling with an acting troupe to San Francisco, where they have been commissioned by a theater, but when Lily sees hard-bitten railroad detective Brand on their train, she's overwhelmed by the painful memories this man evokes. Years ago, Brand killed her outlaw father and foster-father, and now he's after a man who may or may not be in Lily's troupe. Brand is tracking whoever sent a letter threatening the life of Leland Stanford, the former California governor who owns the Southern Pacific Railroad. Meanwhile, the thespians face hard times in San Francisco with a bankrupt benefactor, and Lily embarks on a quest for her long-lost mother, who disappeared when she was a toddler. Lily knows only that her mother's name is Dorothea, and her dark hair and golden complexion make her curious about her mother's ethnic origins. San Francisco's mixed population of Chinese, black, Indian and Mexican residents and laborers opens Lily's eyes to the humanity of the rapidly changing times. There's also a radical labor movement evolving, and troupe members, Brand, Lily and Stanford all wind up involved in the ensuing violence. Holland has created a truly independent, compassionate and headstrong frontier woman in Lily, who's too busy pursuing her art and knowledge of her heritage to establish a love relationship, although a fellow actor's kisses inflame her before he goes over the political edge. Gutsy and gritty, but touchingly vulnerable, she's an exemplary historical heroine. (Nov.)
close
Details