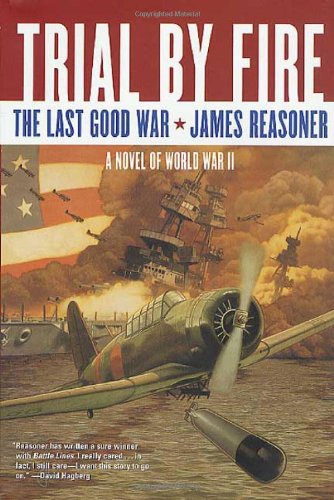 Beginning on the eve of Pearl Harbor, this second volume of Reasoner's WWII epic follows a group of childhood friends who fight for their country in far-flung theaters of war. Adam, a marine, and his navy nurse wife, Catherine, are stationed in the Pacific; GI brothers Joe and Dale serve as tank force advisers to the British in the deserts of North Africa. A handful of other holdovers from the first volume, , and new characters like navy pilot Phil and nurse Missy promise to keep things moving through the next installment. Keeping everyone straight can be a bit of a problem, because almost all are young, naïve, sterling athletes, gung ho, true blue and darned good looking—the soap-opera plot seems to exist mostly to paste the war story together. Readers launching into the novel will quickly qualify for combat pay as they do battle with wooden dialogue, flat characters and repetitive, pedestrian prose. If that's not daunting enough, the multiple plot lines are unbalanced and points of view shift capriciously as the novel lurches toward the climactic Battle of Midway. Reasoner's talent does emerge often enough to underscore the book's unrealized potential. He definitely knows his history and can write a good combat scene; with some editorial guidance, this could have been a fascinating, big canvas novel on the order of those of James Jones or Herman Wouk. As it stands, however, the book fails to improve on its equally weak predecessor.