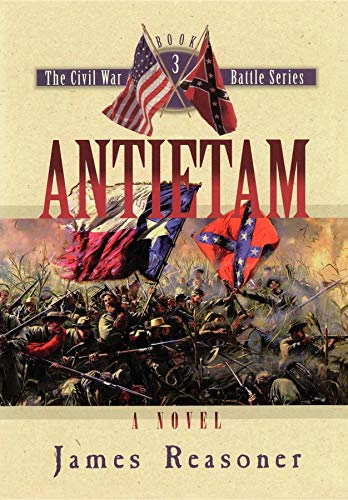 In this third installment (Manassas; Shiloh) of his Civil War series, Reasoner (Walker, Texas Ranger), moves the focus of his novel back to Virginia and his Culpepper County family, the Brannons. In this episode, two of the older brothers, Will and Mac Brannon, carry the main plot as they serve with Stonewall Jackson and J.E.B. Stuart, respectively, and march their way from the startling defense of Richmond during McClellan's abortive ""Peninsula Campaign,"" on through Lee's disastrous foray into Maryland and the bloody battle of Antietam. The subplot centers on yet another Brannon brother, Titus, and his beloved, Polly Ebersole, as well as on the Brannon sister, Cordelia, and her star-crossed love for her friend Nathan Hatcher, who goes off to fight for the Union. Like its predecessors, the novel moves forward with alacrity and excellent pacing, punctuated by battles, skirmishes and romantic encounters aplenty. Reasoner's research is sound and his historical details accurate, though he shies away from depicting the violence and horror of combat. The usual cast of Civil War characters--irascible sergeants, incompetent officers and, of course, the innocents caught in the path of the fighting--play supporting roles. Although cameos of Stonewall Jackson, J.E.B. Stuart, Robert E. Lee and others come off more like caricature, the Brannons themselves are capably drawn. Anachronistic language and inner thoughts mar the book's credibility, but generally Reasoner skirts sensitive issues and keeps his focus on military history. Highly suitable for younger readers, the novel tells an entertaining and informative story, and sets up another installment--possibly Gettysburg? (May)
close
Details