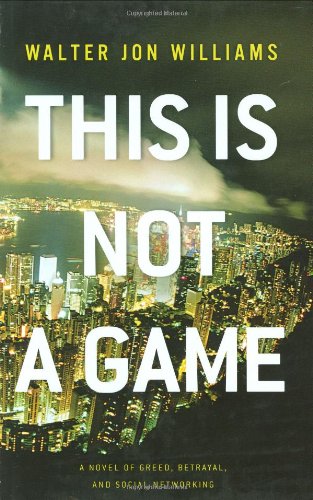 This Is Not a Game

Williams ( ) weaves intriguing questions about games, gamers and their relationships with real life into this well-paced near-future thriller. Game designer Dagmar specializes in creating “alternate reality” games that muddle the line between fantasy and reality. Trapped in riot-torn Jakarta, she reaches out to the gamer community for help. Once back in Los Angeles, Dagmar is caught up in a web of murders and financial manipulation that she begins to blend into her latest game, using the community of players to solve clues and sift through large amounts of data. The line between real life and the game blurs as the action builds to a satisfying and thoughtful conclusion. Though the technology talk occasionally becomes intrusive, it's convincingly written; the characters are realistic and absorbing, and the story deeply compelling.