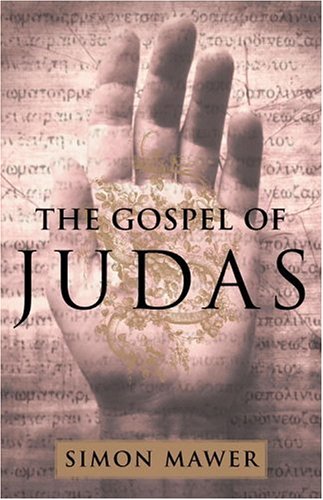 THE GOSPEL OF JUDAS

A crisis of faith is at the heart of this fascinating, thoughtful literary thriller revolving around the discovery of a manuscript written by the historical Judas. Father Leo Newman, close to middle age, is a scholar living in Rome, teaching English to make ends meet, when he is sent fragments of some first-century A.D. scrolls to decipher. The text seems to be the earliest version so far of the New Testament, the first eyewitness accounts of Jesus's life to be discovered. But Newman is distracted from his studies by his growing attachment to a married woman, Madeleine Brewer, and by mounting doubts about his vocation. A family tragedy in the distant past haunts him, too, and flashbacks to his mother's experiences in Rome during WWII alternate with the present-day narrative. Summoned suddenly to Jerusalem when a particularly exciting papyrus is unearthed, Newman finds himself confronted with what seems to be a text written by Judas, denying that Christ rose from the dead. It's only when this Gospel of Judas makes its first appearance, like a metaphor come alive, that the whole idea of what it means to be a Judas becomes the subject of the book. It's a hook that Mawer (, etc.) uses to stunning effect. What Newman, already shaken by the end of his affair with Madeline Brewer, does to that ancient manuscript is the ultimate betrayal in the novel, but as in so many modern interpretations of the crime of Judas, the betrayal is really the outward evidence of an affirmation of faith. Discerning readers will relish Mawer's excellent writing and subtle treatment of potentially over-the-top subject matter.