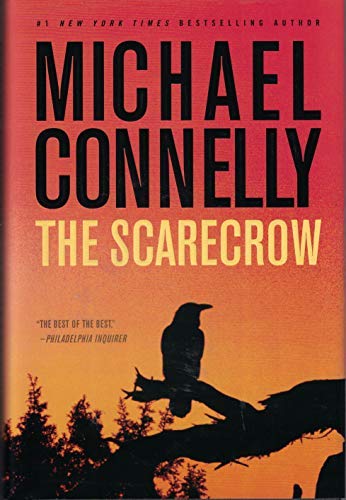 Bestseller Connelly comments on the plight of print journalism in a nail-biting thriller featuring reporter Jack McEvoy, last seen in 2004's . When Jack is laid off from the with 14 days' notice to tie up loose ends, he decides to go out with a bang. What starts as a story about the wrongful arrest of a young gangbanger for the brutal rape and murder of an exotic dancer turns out to be just the tip of an iceberg that takes McEvoy from the Nevada desert to a futuristic data-hosting facility in Arizona. FBI agent Rachel Walling, with whom he worked on a serial killer case in 1996's , soon joins the hunt, but as the pair uncover more about the killer and his unsettling predilections, they realize that they too are being hunted. With every switch between McEvoy's voice and the villain's, Connelly ratchets up the tension. This magnificent effort is a reminder of why Connelly is one of today's top crime authors.