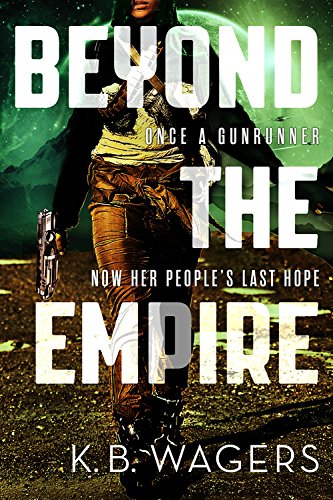 The final installment of Wagers’s Indranan War space adventure trilogy has all of the best qualities of the previous books: nerve-wracking action on the ground and in space, dark humor, and the characters’ til-the-end loyalty to one another. Hailimi “Hail” Bristol was perfectly happy living life anonymously as a gunrunner until her relatives, the royal family of the Indranan Empire, were murdered by a mysterious figure. Hail reluctantly took the throne and became the head of the Indranan army amid political intrigue. Now the clever and lethal skills she learned in her years away—and the network of gunrunners and other underworld characters she built—are brought fully to bear as she fights to reclaim her home world and destroy the person who slaughtered her family. In this installment, Hail is tempered by loss and sacrifice, but still laser-sharp, cunning, and ready to jump into a fight if circumstances require it. This is a satisfyingly thunderous end to Hail’s quest for vengeance that makes an excellent addition to any SF collection. Readers will be left hoping they’ll see Hail again someday. Agent: Andy Zack, Zack Company. (Nov.)

Correction: An earlier version of this review incorrectly spelled the protagonist's first name.