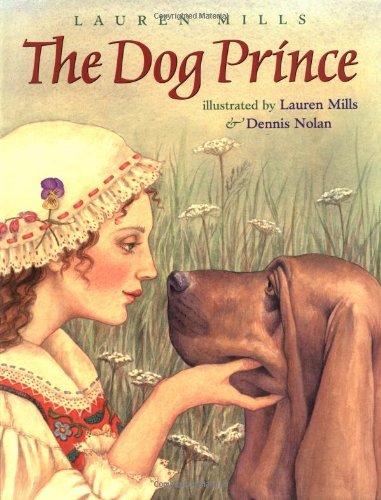 The husband-and-wife collaborators behind and begin their tale with a prince "bored by his devoted people, bored by his elegant castle, bored by his perfect garden, his fancy meals, his royal clothes." In the artwork, drafted and tinted in homage to classic 19th-century children's illustration, the young royal reclines in his carriage, an effete, heavy-lidded creature. On his way to hunt the monster chimera, he orders townspeople cleared from his path, then taunts a poor goat girl named Eliza. Transformed into a homely bloodhound by a wizened old woman, a faery who objects to his haughtiness, the dog prince finds himself befriended by the girl he had scorned. She names him, whimsically, Prince. He serves Eliza with chivalric devotion, defeats the chimera and, suitably chastened, returns to his human form. Older readers will be gratified by fairy-tale scenes with lots of action, unusual depth and earnest internal dialogue—"She had opened his heart, but what good was an open heart to him now, locked inside a dog's body?" The supporting characters may be stock figures from the fairy-tale repertoire, but the hound Prince, contrite and liquid-eyed as he serves his penance, lends the story heartfelt charm. Ages 6-8.