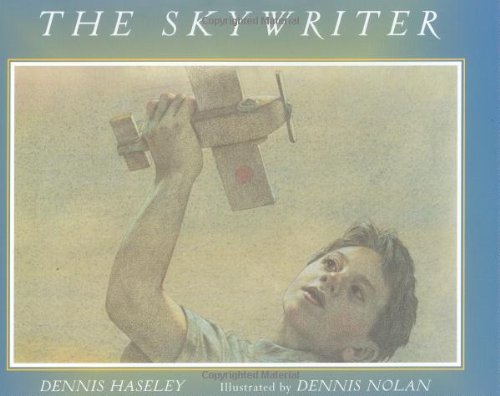 When does a child lose faith in make-believe? How does the power of imagination fade? Haseley ( ) and Nolan ( ) explore these questions in their quiet tale of a boy's evolving relationship with his toy airplane and the dollhouse figures that fly it. As Charles grows older, the voices of his toys grow fainter, until one day he can no longer hear them and throws away the playthings. But their hold on his imagination remains, and he rescues them from the trash to pass on to his soon-to-be-born brother. The toys speak among themselves when alone on the page, lending a subtle truth to Charles's pretend. Especially effective are the occasional intersections of imagination and reality—an airplane in the sky dips its wings in farewell when Charles can no longer hear his toys speak. Haseley's poetic, restrained language pairs well with Nolan's representational illustrations, which are softened by a mixed-color sepia wash. The sensibility and scope, however, may be too adult; children may find the paucity of action combined with the muted illustrations less than compelling. Ages 4–8.