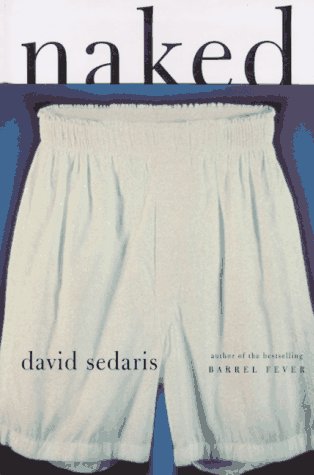 NPR commentator Sedaris can hardly be called a humorist in the ordinary sense. The memoirs and jeux d'esprit that make up his first book, Barrel Fever, are too personally revealing to be domestic satire, and the writer they reveal is more eccentric--okay, weirder--than most domestic satirists. Sedaris is instead an essayist who happens to be very funny. Only two of the pieces in this new collection, ""A Plague of Tics"" and ""c.o.g.,"" match Barrel Fever laugh for laugh. The first concerns Sedaris's childhood nervous compulsions and disorders, the second his later, Northwestern vagabondage. In the other essays (some of which originated as NPR broadcasts), Sedaris aims for a subtler sort of comedy. Several pieces describe his relationship with his mother, who is clearly the source of Sedaris's earthy sense of humor. That he manages in these pages to sketch such a memorable, seductive character (and, without sentimentality, to describe her death from cancer) is a high achievement, perhaps his highest to date. Most of the other essays recount Sedaris's misadventures, emotional and vocational, such as those he experienced as a hitchhiker (""Drugs were the easy part; I carried them as a courtesy and offered them when asked. What threw me were the sexual advances. How much did they expect me to accomplish at fifty miles per hour, and why choose me, a perfect stranger? When I thought of sex, I pictured someone standing before me crying, `I love you so much that... I don't even know who I am anymore.' ""). Even at his most wistful, Sedaris never loses his native taste for raunch, whether the subject is fearsome dildos or dressage at a nudist camp--and although the book's off-color passages cannot be quoted here, Mrs. Sedaris would certainly approve. So will her son's many fans. (Mar.)
close
Details