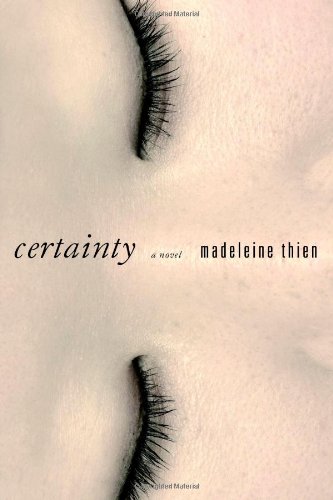 Thien's debut novel draws its meager impetus from the tale of Matthew and Ani, two 10-year-olds in the village of Sandakan in Japanese-occupied Borneo during WWII, whose lyrical idylls buffer them from the horrors of war. Romance blossoms when they reunite eight years later, in 1953, but their past—Matthew's dead father collaborated with the Japanese—splits them up, sending the secretly pregnant Ani off to Jakarta and Matthew to Vancouver and a marriage (to Clara). Matthew and Ani's saga intertwines with the latter-day story of Matthew and Clara's daughter, Gail, a radio documentary maker, whose cozy but bland relationship is buffeted by an affair and who decides to find out about her father's mysterious past with Ani. Thien ( ) uses this narrative as a peg for much elegiac meditation interspersed with muzzy reflections on fractals, code breaking and snowflake formation—her metaphor for the minute contingencies that shape human motivation. Her prose is poised but wan, and the patchwork story, despite jolts of tragic history, doesn't elicit much interest in her characters or their roads not taken.