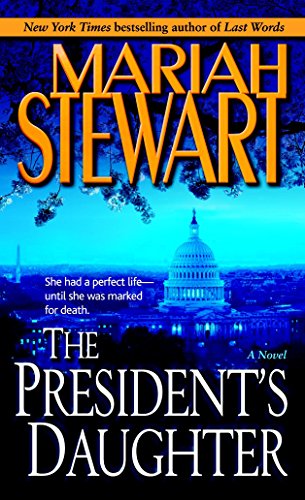 While writing a biography of Graham Hayward, the upright and highly regarded former president of the United States, journalist Simon Keller, the book's rather colorless protagonist, comes across landscape designer Dina McDermott, who may be Hayward's illegitimate daughter. The latter has grown up believing that Jude McDermott is her mother. Jude, torn between telling her "daughter" the truth and protecting her from it, is afraid that revealing her parentage may prove dangerous, especially since Dina's real mother, Blythe, was killed in a suspicious, unsolved hit-and-run years earlier. As Simon pieces together the events of the past, both he and Dina become the targets of people who will do anything to keep her true parentage a secret and the president's reputation intact. Stewart () occasionally interrupts her narrative with mundane details, describing everything from how Dina enters a room to the music preferences of her hired help. For the most part, however, the novel swings from one surprising twist and turn to another at a breath-catching clip. A satisfying political thriller marked by believable intrigue and a touch of romance, this book, though not on par with those of Lisa Gardner or Linda Howard, is a worthwhile read.