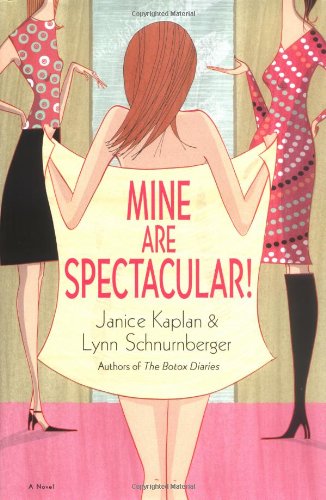 The coauthors of reprise their flighty, feel-good formula for women's fiction with their second novel, about affluent divorced women friends living in a Westchester-style suburb of New York City. Sara, a caterer in her early 40s whose first husband, James, ran off to Patagonia eight years ago, has moved into her fiancé Bradford's house in Hadley Farms with her young son, Dylan. Sara's best friend, Kate, a fancy Manhattan dermatologist, is having an affair with a wealthy married man, Owen, while their other friend Berni, pregnant with twins, has relocated from the West Coast, having left her job as a successful Hollywood agent to embrace motherhood. Complications ensue for all: Bradford's snide ex-wife drops in, and their rude 14-year-old daughter, Skylar, makes hell for Sara, just when James reappears to win Sara back. However, Sara's catering career takes off after a cable TV appearance, while Owen decides to leave his blond trophy wife. Predictably, Sara and Skylar become friends, Bradford and Sara prove a lasting match and even Kate makes a sage decision regarding Owen. "Getting older and smarter and more confident isn't that bad," the ladies collectively decide. This is a cotton-candy read—sweet, if a bit stale—for a day at the beach.