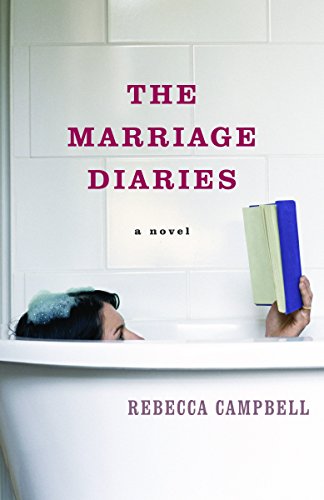 Campbell ( ; ) blends strained fidelity, the perils of parenting and a heaping dose of bodily-function jokes with a scathing British wit in her third romp. Fashionista Celeste and her writer husband, Sean, have a reliable if staid life: "two and a bit"-year-old child Henry and enough money to live comfortably in one of the world's most expensive cities. But when Celeste reads Sean's journal and learns that he's becoming friendly with "yummy mummy" Uma Thursday from Henry's playgroup, the cradle gets rocked. In chapters that alternate between Sean's journal entries and Celeste's quest for revenge, Uma turns up the heat on Sean and Celeste has her seven-year-itch scratched. Campbell's insights into the tedium of settled relationships are spot-on: "Is this the way a marriage ends, like the bathwater going slowly cold? Or does something dramatic have to happen, a big bang, some shock and awe, a 9/11?" Its stylish prose and gravity of plot make this weightier than a beach read, though the characters' psychology has its phoned-in moments. By using characters from her previous novels and leaving several loose ends untied, Campbell has crafted a steamy springboard to what could be a fiery sequel.