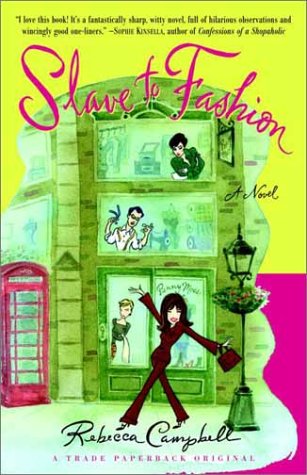 Smarter and darker than your average Bridget Jones knockoff, Campbell's first novel is also more mean-spirited, though it adheres closely to the conventions of the Bright English Working Girl Looking for Love formula. Antiheroine Katie Castle suffers a cataclysmic fall from grace followed by scrappy attempts to get back on her feet, and miraculously redeems her professional and romantic life by novel's end. She works for successful designer Penny Moss, whose son, Ludo, she is set to marry. But when word of her fling with a handsome driver reaches Penny, Katie loses everything—her job, her flat and her fiancé. Katie's snobbishly mordant wit is what distinguishes this book from its many, many sisters, even though her wisecracks are often gratuitously cruel: "the news would spread faster than Ebola in a Congo village." She is, in fact, so utterly awful to everyone that it's difficult to enjoy her eventual victories. There are clever touches—Katie taking a job in a sweatshop, a gangster who quotes Nietzsche—and Campbell, who runs a clothing design firm with her mother, is most incisive about the bitchy evanescence of the fashion world. This is positioned as a lighthearted romp, but it may be too bitter and nasty to work with the Bridget crowd; still, fashionistas and trendy Anglophiles will love it.