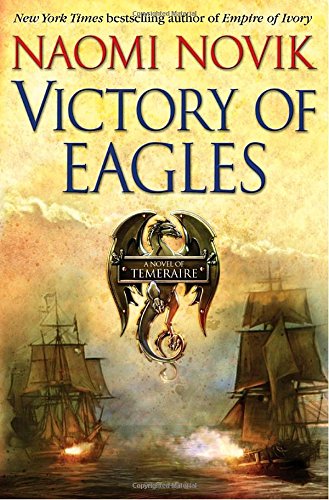 In the thrilling fifth installment (the first in hardcover, following 2007's ) of the bestselling Temeraire series, Novik returns to familiar themes of love, duty and liberty against the backdrop of the Napoleonic wars. When Napoleon's forces attack England, Temeraire, believing Laurence dead, decides to lead other uncaptained dragons to battle. When the two reunite, Temeraire uses his commander status to gain a voice in war counsels, demanding freedom and pay for dragons. Though the battles are impressive and the politics unsubtle but intriguing, the pièce de résistance is the quiet moment when Laurence faces the mad king he betrayed. This accessible vision of an English Regency with an air force raises the stakes without straining credibility. Followers of Temeraire's travels will be richly rewarded by the satisfying conclusion of his return to home ground, but may wonder where Novik can go from here.