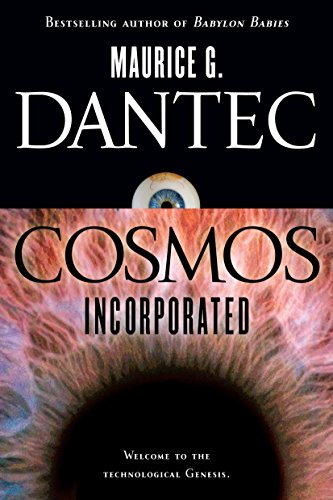 In this labored vision of a future dystopia, amnesiac Sergei Plotkin finds himself torn between the mission planted in his brain by unknown overlords and the desire to protect his creator. As he travels through computer-controlled UniWorld, Plotkin slowly regains conflicting memories and learns he is meant to kill Grand Junction spaceport's mayor. While plotting homicide and investigating illegal Christians, Plotkin meets Vivian McNellis, whose genetic abnormalities give her an angel's power to rewrite the world. Learning that Vivian created him and is now dying from exposure to her metaphysical opposite, Plotkin abandons his mission, determined to eliminate the threat and save Vivian's life. Dantec, winner of France's Prix de I'Imaginaire for , writes harsh, choppy prose—not improved by Kover's translation—and the convoluted plot often grinds to a halt amid technical jargon, discourse on society's devolution and abstruse narrative philosophy.