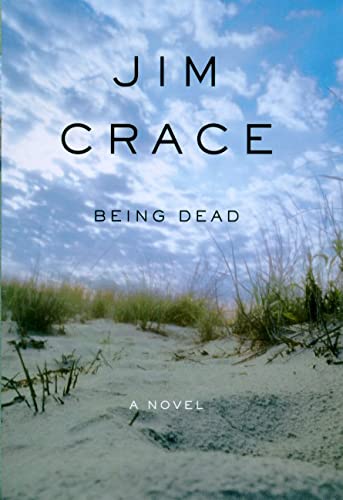 Crace is a brilliant British writer whose novels are always varied in historical setting, voice, theme and writing style, and are surprising in content. Those very factors may have contributed to his failure to establish a literary identity and to attain his deserved audience here. This latest, sixth effort (after Quarantine), a stunning look at two people at the moment of their deaths, is the riskiest of his works, the most mesmerizing and the most deeply felt. Joseph and Celice, middle-aged doctors of zoology married to each other for almost 30 years, revisit the seaside where they first met and made love ""in the singing salt dunes of Baritone Bay."" They are surprised on the dunes, murdered and robbed, and their bodies lie undiscovered for days. In alternating chapters of chronological counterpoint, Crace traces their last day, working backwards from the moment of their murders to their awakening that morning, innocent of what is to come. At the same time, he recreates the day they were introduced, in the 1970s, when they were researching their doctoral dissertations. By the time these chronological vignettes converge, Crace has created two distinctive personalities who sustain a marriage and careers and parent a rebellious, nihilistic daughter, Syl. His finesse in drawing character is matched by the depth of his knowledge and imagination, and the honesty of his bleak vision. Some readers may be horrified by the brutal imagery (""Her scalp hung open like a fish's mouth. The white roots at her crown were stoplight red"") or the matter-of-fact details of the body's putrefaction: the first predators ""in the wet and ragged centres of their wounds"" are a beetle, swag flies, crabs and a gull, and their activities in each corpse are described with detached scientific accuracy. The profession of the deceased, of course, adds irony to the situation. Celice taught that the natural sciences are the study of violence and death, while Joseph maintained that ""humankind is only marginal. We hardly count in the natural orders of zoology."" In juxtaposing the remorselessness of nature against the hopes, desires and conflicted emotions of individuals, Crace gracefully integrates the facts and myths about the end of human life, and its transcendence (in Syl's epiphanic vision), into a narrative of dazzling virtuosity. (Apr.)
close
Details