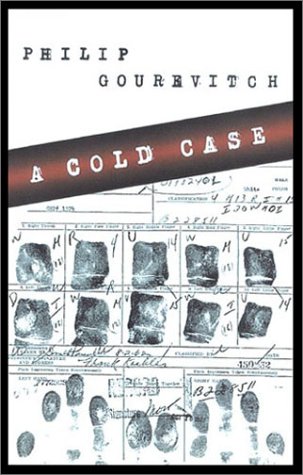 In 1970, a New York criminal named Frankie Koehler killed two men in cold blood, then disappeared. Over the decades, he was all but given up for dead. Nothing haunts a cop like loose ends, however, and 30 years later lawman and fugitive at long last crossed paths. Basing this book on his article of the same title, staff writer and NBCC and award-winning author Gourevitch revisits this case. Gourevitch's first book () dealt with the Rwandan genocide and that region's judicial vacuum; the scope here is smaller but, as Gourevitch shows, murder is a seemingly inescapable aspect of the human condition. In clean prose, the author follows former NYPD officer Andy Rosenzweig (now an investigator with the Manhattan D.A.'s office), who, like Koehler, was raised on the streets of postwar New York, a city that has all but disappeared except in the hands of capable writers. And Gourevitch lets his near-perfect pitch dialogue do much of the work. "I wouldn't kill anybody for money under any conditions.... That's a scumbag does that," Koehler says. The only jarring moments in this otherwise elegant and restrained narrative are the sudden intrusions of the pronoun "I." This residue of style reminds readers that the material is not entirely fresh. But that is a minor complaint, for as Rosenzweig says, quoting a fellow officer, "Who speaks for the dead? Nobody. As a rule, nobody speaks for the dead, unless we do." Gourevitch has secured a place next to Rosenzweig in that lonely and all-important choir. 12 b&w photos.