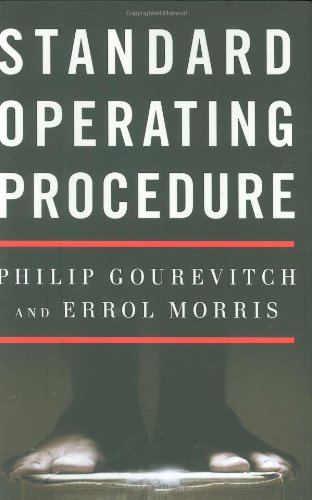 Here, author and journalist Gourevitch and documentary filmmaker Morris have compiled the complete story of Abu Ghraib, from Iraqi prison to prison of occupying American forces, and the crimes its walls concealed-only some of which were revealed in photographs that hit the global media in 2003. Drawing from Morris's lengthy interviews with the soldiers who photographed and participated in prisoner abuse, the authors render in clear detail the horror and inhumanity of Abu Ghraib, for prisoner and guard alike: ""Inexperienced, untrained, under attack, and under orders to do wrong, the low-ranking reservist MPs who implemented the nefarious policy... knew that what they were doing was immoral, and they knew that if it wasn't illegal, it ought to be."" From the squalid conditions to the lack of regulations to the appalling acts that jolted the world, this chronicle of unconscionable behavior, and the political maneuvering that took place in its aftermath, is as much a page-turner as any fictional thriller. Companion to Morris's documentary film of the same name, this deft piece of reportage will stir readers' anger, at both the actions and the consequences; not only was the torture purposeless (""Nobody has even bothered to pretend otherwise""), but ""no soldier above the rank of sergeant ever served jail time... and Nobody was ever charged with torture, or war crimes, or any violation of the Geneva Conventions."" A thorough, terrifying account of an American-made ""bedlam,"" the latest from Gourevitch is as troubling, and arguably as important, as his 1998 Rwanda investigation We Wish to Inform You that Tomorrow We Will be Killed with Our Families.
close
Details