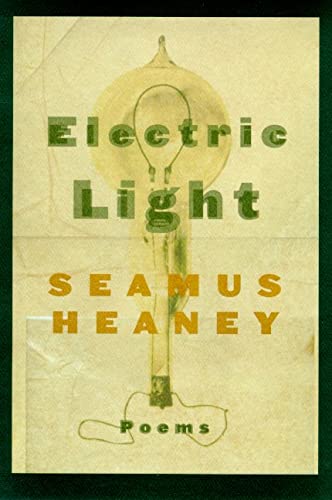 Fluent, enjoyable and often masterful, this 11th book of verse from the Irish Nobel Laureate splits neatly in two. The first, larger and more varied half of the volume gathers translations and adaptations, occasional and celebratory poems, and verse about travel in Ireland's gaeltacht (Irish-speaking rural areas), as well as in the Balkans and Greece. Hints of the Anglo-Saxon (which Heaney recently translated) play second fiddle here to the eclogues of Virgil and to celebrations of childbirth, which Heaney has made one of his specialties. Some of the strongest poems recall Heaney's own childhood in the 1950s. Part two of the book consists entirely of elegies: some commemorate poets (Ted Hughes, Joseph Brodsky, Zbigniew Herbert) and comment on those poets' works, while others remember relatives and friends—Heaney's dying father, for example, or (in the title poem) a whispering grandmother, "with her fur-lined felt zippers unzipped." In both sections Heaney sticks largely to the evocative pentameters of his 1990s books, with rhythms suited to represent "the everything flows and steady go of the world"—a stream of joyful memories, alloyed but not overwhelmed by grief. Heaney's new volume is far from being his strongest, or strangest, or most demanding book: it's well crafted, but feels like a fortuitous culling rather than a fully realized project.

Sister Tongue
Sister Tongue
Farnaz Fatemi
Fatemi’s insightful and finely crafted debut takes place in the gap between Farsi and English, with poems drawing their roots from visits to family in Iran and the poet’s Continue reading »

Against Heaven
Against Heaven
Kemi Alabi
Winner of the Academy of American Poets First Book Award, Alabi’s ecstatic debut pulses with the language of Black queer joy. Simultaneously a celebration of the body and a Continue reading »