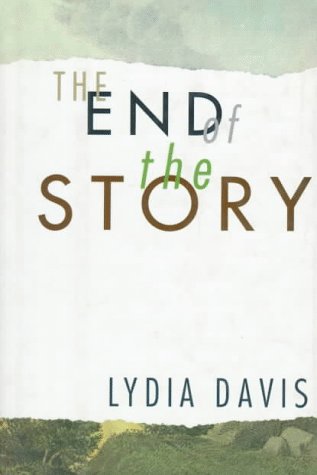 The End of the Story

Davis (Break It Down, a story collection) plunges into fiction-as-catharsis in her absorbing and lucid first novel. The narrative is comprised of the unnamed narrator's memories of and reflections upon her ended love affair with a nameless man 13 years her junior; its history infiltrates the books she reads and translates, as well as the novel she is struggling to write, which is this novel. As she probes the moments and minutiae of their relationship, the man's identity fades, and he becomes material for her fiction: like a backward-spiraling track into memory, a labyrinthine sentence mimes the diminishing roar of his car when he leaves her. Scenes gather, dissolve and reassemble, as does the man's fragmented image, with impressions and facts seeping through the narrator's consciousness and dreams-the man's skin, hair, clothing, his charm and flaws, his lies and his library, the money he fails to repay. Avoiding the earthiness of dialogue, of which there is none, the narrator experiences much of the world as ``floating'' (``his essence floated inside me'')-the man's anger, her own features in a mirror, another story wafting loose in a room where a book lies open. Bereft, she turns stalker and voyeur, searching for her lover (as for story material) through streets surreal and noir, peering into his room and the gas station where he works. Finally, a cup of bitter tea, offered in a bookstore, provides ritual closure to the story of her search for her lover, though ``something continued, something not formed into any story.'' Despite Davis's writerly self-consciousness, her novel works as an aching love story recollected in tranquillity. Translation, first serial, dramatic rights: Georges Borchardt. (Feb.)
close
Details