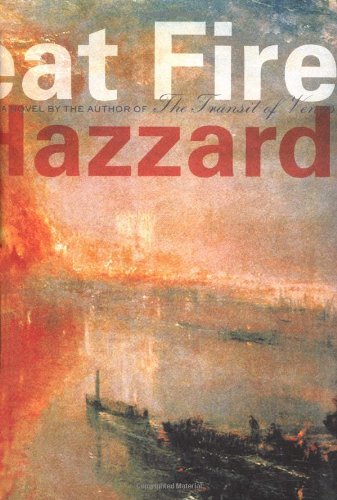 A new novel from Hazzard is a literary event. It's been two decades between the publication of and this magnificent book, but her burnished prose has not diminished in luster nor has her wisdom about the human condition. Two men who have survived WWII and are now enduring the soiled peace, and one 17-year-old woman who has suffered beyond her years, are the characters around whom this narrative revolves. Aldred Leith, 32, the son of a famous novelist and the winner of a military medal for heroism, has come to postwar Japan to observe the conditions there for a book he's writing on the consequences of war within an ancient society. In an idyllic setting above the city of Kure, near Hiroshima, he meets teenaged Helen Driscoll and her terminally ill brother, Ben, who are the poetic children of a loathsome Australian army major and his harridan wife. Leith is drawn to the siblings, who live vicariously in classic literature, and he soon realizes that he's in love with Helen, despite the difference in their ages. Meanwhile, Leith's close friend Peter Exley, who interrogates Japanese war criminals in Hong Kong, faces a decision about what to do with the rest of his life. He dreams of becoming an art historian, but he lacks the courage to make a clean break from the law. When he suddenly acts rashly, the outcome is dreadfully ironic. The leitmotif here is the need for love to counteract the vile wind of history that breeds loss and dislocation. Hazzard writes gently, tenderly, yet with fierce knowledge of how a dearth of love can render lives meaningless. The purity of her sentences, each one resonant with implication, create an effortless flow. This is a quiet book, but one that carries portents well beyond its time and place, suggesting the disquieting state of our current world.