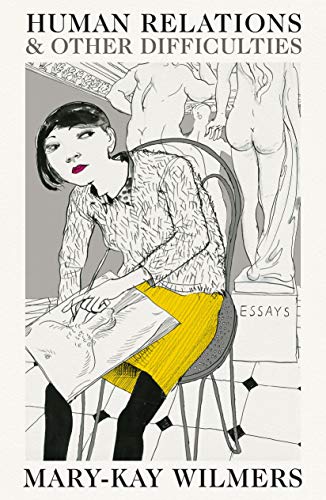 Human Relations and Other Difficulties: Essays

Spanning four decades spent as London Review of Books editor, this eclectic and acidic selection of pieces by Wilmers (The Eitingtons), mostly published in the LRB, captures the evolution of a sharp-eyed literary critic. The book under review is often incidental; instead, Wilmers offers fascinating character studies of the authors and their subjects, both of whom tend to be “difficult” women, including Germaine Greer, Patty Hearst, Marianne Moore, and Jean Rhys. Wilmers has a voice as crisp, clear, and dry as gin, simultaneously amused and wise, as when she notes that “what we see when we look into [the past] is that it was never all that stable or all that virtuous.” She delights in the absurd—for instance, during a rambling through the late Victorian bestseller Pears’ Shilling Cyclopaedia, she came across entries under “T” that included “Tea Drinkers, the Greatest,” “Tourists Killed in the Alps,” and “Trades Injurious to the Teeth.” Avowedly not a feminist, Wilmers nonetheless conveys a sharp sense that “it is a man’s world that we live in.” Given her ear for the perfect quote, irony, and glancing judgment on human foibles—none of which “exceed the proper bounds of malice,” as she observes of well-written Times of London obituaries—fellow critics will appreciate this distillation of Wilmers’s legacy and the record of a distinct sensibility that feels bitterly astute, inimitably of its time, and enduringly relevant. (Oct.)
close
Details